Rebecca Robinson finds herself routinely remembering the lessons she learned as a Seton Hill student as she serves as a public defender in Philadelphia.

"It feels right and important to be doing a job that lets you be a person of service,"said Robinson '12, who has worked for the Defender Association of Philadelphia since graduating from Drexel University School of Law in 2015. "Through your time at Seton Hill, you can't help but have that instilled in you."

Every day, Robinson serves her clients to the best of her ability - remembering that every person is worthy of dignity and respect.

"You have clients who you are seeing most often at the lowest point of their life, and you have to go and present them in court,"Robinson said. "All they know about this person is what they are accused of - you see this fraction of somebody and you confuse it for the whole. And it's a defense attorney's job through and through to present this person in their entirety and get their humanity to shine through. It can be very challenging, but also a privilege."

"It feels right and important to be doing a job that lets you be a person of service."

Robinson's path to the law began with a simple drive her father took onto the Seton Hill University campus while she was in high school and being recruited to play volleyball for the Griffins.

Robinson, a Delaware native, said her father had taken a job promotion that brought him to Pittsburgh, and he decided to stop at Seton Hill on one of his trips.

"He told me, 'You have to come and see this place. It's absolutely stunning,'" Robinson recalled. "I came for a visit and I loved everything about it so much I committed on the spot."

Robinson, who majored in political science and history with a minor in philosophy, said she had thought about teaching or social work until her junior year when she took a prelaw course taught by Westmoreland County Assistant District Attorney Peter Flanigan.

"It was wonderful. We shadowed prosecutors and were introduced to defense lawyers. It was a really well-rounded course," she said.

After graduation, Robinson enrolled at Drexel in Philadelphia to be closer to her family again.

While she found the law school curriculum challenging, she said her Seton Hill undergraduate education had her well-prepared. 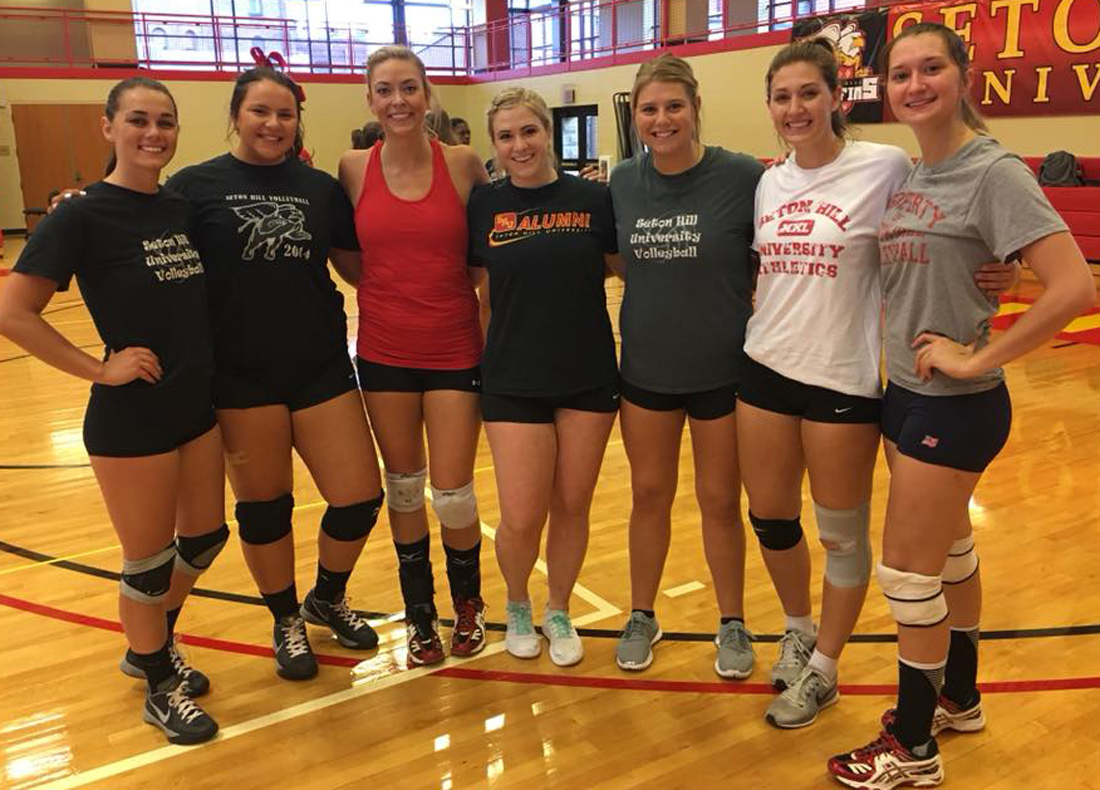 "First and foremost, my writing skills and being able to synthesize large amounts of text helped," she said. "I had a lot of discipline as well from being a student-athlete and having to study on the bus between matches."

She also said the smaller class sizes in law school matched what she was used to during her Seton Hill days.

"Everything was very conversation driven, and I was not too shy to speak up," she said. "I think for students who had larger classes in undergrad, it was intimidating. I think the spotlight was a little bit of pressure that they weren't used to."

When she started law school, Robinson thought she was going to enjoy family law as a future practice specialty. But, once again, a class changed her direction.

A criminal law class in her third year provided an opportunity to participate in a clinical rotation at either the Defenders Association or the District Attorney's Office.

She chose the Defenders Association because it lined up with her ideologically. Much of her time as a student-athlete was spent helping others through community service, and she felt compelled to help those in need.

Since joining the Defenders Association full time after graduation, Robinson has worked her way up through the office, beginning with misdemeanor cases. She currently represents clients with mental health issues and handles their case from beginning to end, often representing them in competency hearings.

Her work, at times, brought her into contact with Philadelphia Judge Barbara McDermott '77. But it wasn't until a recent alumni event in Philadelphia that Robinson realized the two had Seton Hill in common.

"I heard a voice I recognized as a homicide judge from Philadelphia whose courtroom I had been in,"Robinson said. "We had just been in a meeting together as we worked on a project and had no idea each of us had graduated from Seton Hill."

While she doesn't know what her future holds, for now, Robinson is happy with the work she has been doing and glad she has a chance to make a difference.

"It has definitely been rewarding,"she said. "You see the faults in the system, but you have your own wins as well."

This story originally appeared in the Spring/Summer 2019 Forward Alumni Magazine.

Find out more about the School of Humanities - and majors like political science, history and prelaw.