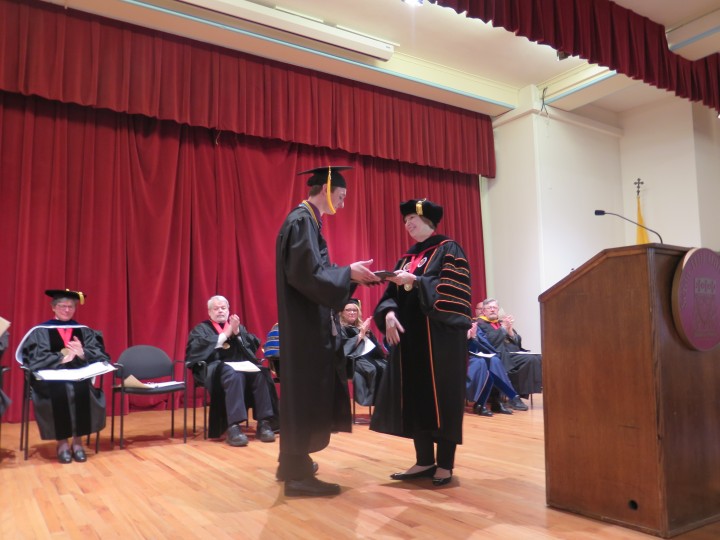 Eckenrode, of Mount Lebanon, Pa., received his Business degree as well as a certificate in Graphic Design, during Seton Hill’s May Commencement Exercises on May 11.

The President’s Award for Service recognizes a graduating senior each fall and spring for their exemplary service to the community and to Seton Hill University.

“Steele Eckenrode has demonstrated exemplary commitment to Seton Hill University and to the local, national, and global communities through his extraordinary volunteer work,” Mary Finger said. “Steele consistently lives his values and offers his leadership in service to others and is well-deserving of the President’s Award for Service.”

“It is a complete honor to receive the President’s Award for Service. I feel that my commitment to service is something I really developed during my four years at Seton Hill,” Eckenrode said. “The mantra ‘build stronger communities’ is something I try to live by, and I strive to create a positive force for change in the world.”

He has helped design a business plan for Community Living and Support Services (CLASS), an organization that offers services and fosters community inclusion for people of varying abilities.

He has also volunteered with Court Appointed Special Advocates (CASA), an organization that trains volunteers to advocate for children involved in Family Court proceedings. He serves on CASA’s Inclusiveness and Diversity committee.

Since 2005, Eckenrode has sponsored a young man from Guatemala through Unbound, a lay Catholic organization that works with poor and marginalized people of the world. He met his sponsored friend in Guatemala in 2010 and was able to witness the basic needs assistance that is provided through the organization, which aims to empower individuals working toward self-sufficiency. 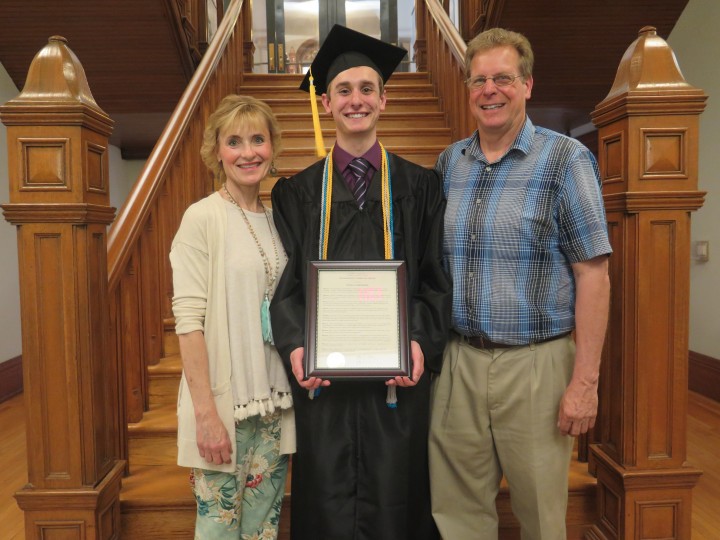 A member of St. Bernard’s Parish in Pittsburgh, Eckenrode has been an active member of his parish community as an altar server and a volunteer at the parish picnic.

He has also served as President of ENACTUS, an entrepreneurial action club at Seton Hill, and earned the ENACTUS Service Leadership Award. He was the project leader for two club projects, the Help Action Teamwork (HAT) project and the Fun Run for Charity. Both projects raised money for several local charities but also educated people on the mission of the organizations in order to increase awareness and engagement.

Eckenrode has also participated in Seton Hill’s Labor of Love and Take the Day On annual service outreach programs.

He is the son of Robert and Linda Eckenrode of Mount Lebanon.