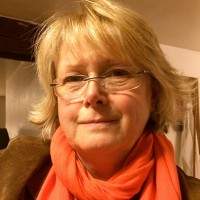 Seton Hill Theatre and Dance program costume director Susan O’Neill, a 1979 alumna of Seton Hill, has been named a Pennsylvania Presidential Appointee to the Board of the Pennsylvania Art Education Association. Susan will represent Region 5 on the PAEA Board of Directors for a four year term.

She is also a member of the National Art Education Association Art Education and Technology Committee, Committee on Multiethnic Concerns and NAEA Associate member of The United States Society for Education Through Art.

As a professional costume designer since 1985, Susan designs costumes for theatre, dance and opera as well as being a published children's book illustrator and studio artist. Susan spent 11 years as the resident costume designer/coordinator for The Pittsburgh Opera, and nine years as the resident designer for The Dance Alloy, and her costume designs and builds have also been seen at The Kennedy Center for the Performing Arts, Santa Fe Opera, The Lincoln Center OUT-OF-DOORS Festival as well as toured to three continents and were featured on major network television.