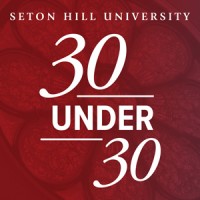 When Natasha Maglione was asked if she wanted to deploy to Afghanistan, she did not hesitate.

"Ever since I joined the military, I knew this was what I wanted to do,” she says. “I knew I wanted to use my training and serve my country."

And so, in May 2015, Natasha, who joined both the Pennsylvania Army National Guard and the ROTC while studying business administration at Seton Hill, headed first to Quatar and then to Afghanistan for a 9- month voluntary deployment.

“It was one of the best experiences of my life,” says Natasha, who is commissioned as a first lieutenant. “It exceeded all my expectations.”

Trained in military intelligence, Natasha’s main focus in Afghanistan was base force protection – protecting Bagram Airfield from all threats. Natasha analyzed information on threats developed by soldiers working with locals outside the base.

“I was in a combat zone, but there was never a time I felt very scared for my life,” she says. “We’ve gotten so good at what we’re doing that we were able to neutralize attacks before they turned into anything serious.”

After returning to the United States, Natasha relocated to New Jersey to be with her husband, Seton Hill alumnus Vinny Maglione, who had been deployed to Guantanamo Bay.

Last June, she started a new job in human resources with Zimmer Biomet, a manufacturer of medical devices.

And she still trains with the Army National Guard. She’s not expecting another deployment, but she’ll be ready just in case.