The Seton Hill University National Catholic Center for Holocaust Education will host a series of five virtual presentations on the Harry B. Knights Collection – an archive of photographs and letters from Harry B. Knights, a U.S. soldier whose unit was involved in the liberation of Nazi concentration campus at the end of World War II.

The virtual events occur on October 23 and 30; and November 6, 13, and 20. All events are free and open to the public. Registration is required here.

“The many photographs Harry Knights took document Nazi war crimes and also offer insights into the experiences of the average American soldier as they uncovered the horrors that had occurred in concentration campus,” said Dr. James Paharik, Director of the National Catholic Center for Holocaust Education. “The Knights Collection is a tremendous resource for Seton Hill students and scholars of the Holocaust as they study the human response to these atrocities.” 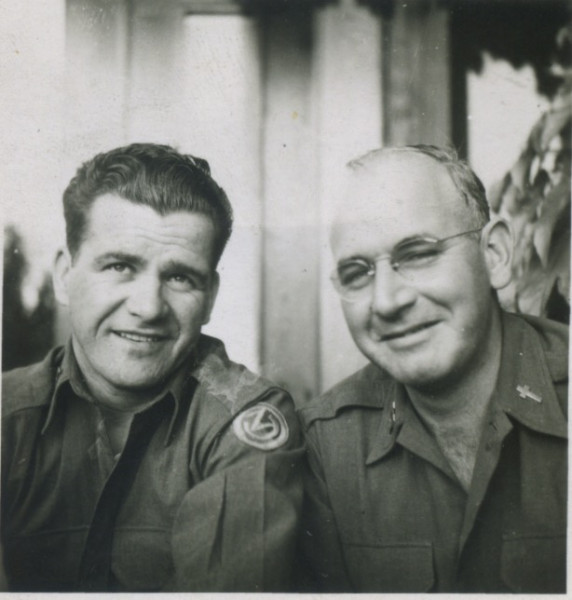 In the fall of 2019, retired FBI Special Agent James Knights approached the National Catholic Center for Holocaust Education with an intriguing proposal.

In the years after the death of his father, Harry B. Knights, James Knights had lovingly safeguarded an extensive collection of photographs taken by his father along with dozens of letters that his father had written to friends and family during World War II.

The Knights Collection contains more than 200 photographs and dozens of letters. The process of preserving, cataloguing and organizing the material has been a joint effort by the National Catholic Center for Holocaust Education, the Seton Hill Archives, and faculty and students from the School of Visual and Performing Arts and the School of Humanities. 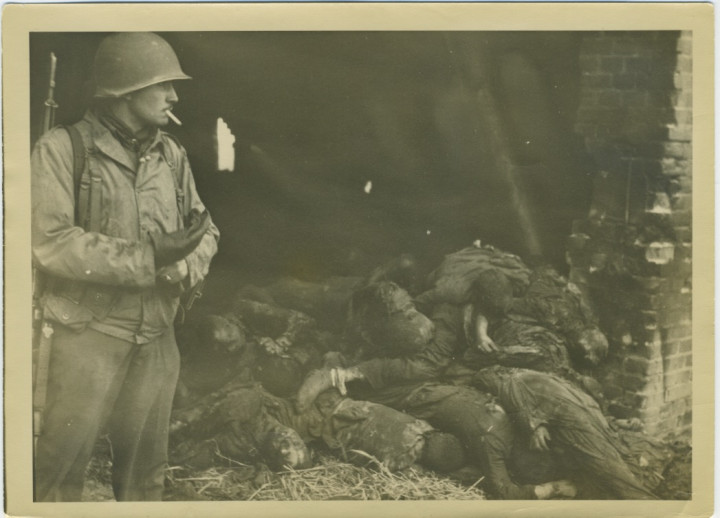 The heart of the collection is the series of photographs taken at Gardelegen, a German town that was the site of a terrible atrocity at the end of the war. As the Nazis were under pressure from the Allied invasion, they began to transfer prisoners from outlying regions into the heart of Germany. When a train carrying more than 1,000 prisoners broke down near the town of Gardelegen, prisoners were marched to a large barn and barricaded inside; the barn was then set on fire, killing nearly everyone.

One day later, Harry Knights and the rest of the 102nd Infantry Division discovered the gruesome remains of this hideous crime. Harry was an avid amateur photographer, and quickly set to work documenting what he found. The result gave powerful testimony to Nazi criminality and their heartless desecration of human life.

The sessions will cover a different topic each week and include:

The virtual discussions are free and open to the public. To register, visit the NCCHE website.

Photos from The Knights Collection Included Above

Harry Knights (left) with Father James Glynn during their service together in World War II. They would remain friends for decades.

An American soldier at the Gardelegen killing site.