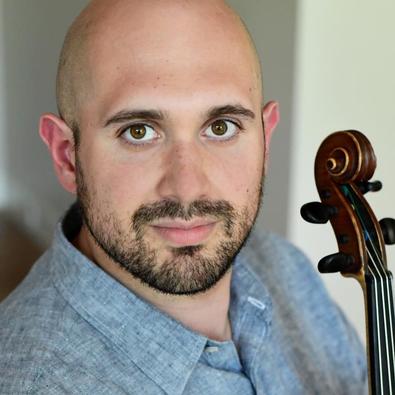 Stephen Weiss enjoys an extensive career as a multi-genre soloist, chamber musician, recording artist, and orchestral player having performed throughout the United States and Europe. His international presence includes a residency with the InterHarmony International Music Festival, where his playing has been noted as “downright puristic [and] with a warm, viola sound.” (“Onetz”, Sulzbach-Rosenberg, Germany). Stephen's career has involved collaborations with renowned musicians from the Dallas, Charleston, and Pittsburgh Symphony Orchestras, the New York Metropolitan Opera, the Houston Grand Opera, and international artists such as The Who, The Eagles, Andrea Bocelli, Josh Groban, Sarah Brightman, Evanescence, Michael W. Smith, Sean Jones, and Mark Wood of the Tran Siberian Orchestra. He is also a founding member of the Red Line String Quartet, which gained national recognition from their 2019 sold out performance at the DiMenna Center for Classical Music in New York City. The quartet released their inaugural album, “TURN”, in August 2021. Stephen was appointed Principal Viola of the Johnstown Symphony Orchestra in August 2019 and is also currently a violist with the Wheeling Symphony Orchestra. He can also be seen with the American Pops Orchestra, Chamber Orchestra of Pittsburgh, Pittsburgh Opera Orchestra, Pittsburgh CLO, Resonance Works Pittsburgh, Youngstown Symphony Orchestra, and many more. Stephen is also heavily invested in music education. As a devoted, sought-after teacher, he is currently Professor of Viola at Seton Hill University, Auxiliary Viola Teacher at Carnegie Mellon University, and the Viola Instructor for City Music Center at Duquesne University. He additionally maintains his own professional viola and violin studio, and he has conducted masterclasses at high schools and collegiate institutions across the United States. Stephen received a four-year fellowship to attend Carnegie Mellon University where he received three degrees, which include his Master of Music and two post-master certificates in music performance. He was a student of both David Harding and Tatjana Chamis Mead. He is also a graduate of the Mary Pappert School of Music at Duquesne University where he studied with Maryléne Gingras-Roy. His previous primary teachers include Dr. Timothy Deighton and Paul Silver. He has performed in masterclasses led by Roberto Diaz, Masumi Rostad, Joel Smirnoff, Michael Klotz, Michael Strauss, and Andrea Houde. Stephen performs on a 1966 Turtis-model viola by Dudley Reed, which was originally custom-made for the late Pittsburgh Symphony violist Jose Rodriguez.